CAN YOUR BRAIN TAME CHRONIC PAIN?

CAN YOUR BRAIN TAME CHRONIC PAIN?

A new way to use your mind to process pain might finally get you some relief.  Pain can be a fiery manifestation of old hurts.  By JOE LINDSEY

I’VE KNOWN Tara DiRocco for less than five minutes, but already I’m telling her all the intimate details: a dull, persistent ache in my right arm sets in within moments of sitting down at my desk to work.

This pain, which I’ve had for years, brings emotional stress, too. I’m a writer; if I can’t type, I can’t work. I had assumed my pain was due to a repetitive-use injury from long years of long days at my computer. But a new way of treating chronic pain, called pain reprocessing therapy (PRT), suggests that the story I tell myself might not be true. What’s more, DiRocco says, believing that I’m broken may be what’s broken.

DiRocco is a physical therapist by profession, but she’s also my coach at Lin, a new telehealth start-up focused on treating chronic pain through tools like PRT. We’re ‘meeting’ for our first session via video call. I’m relatively lucky: my pain is only bothersome, not debilitating. But chronic pain affects roughly one in five adults, according to the CDC. For a third of those people, the pain is bad enough to interfere with their work, hobbies and even social life. Many do not find relief in medical treatment. Can an app really help all that? 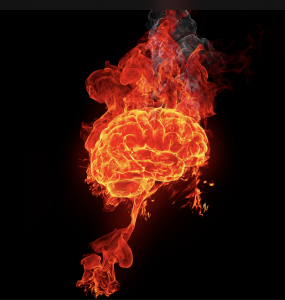 Western medicine has historically approached all pain, acute or chronic, the same way: focus treatment at the site, rest and sometimes take opioid painkillers. But the science behind PRT argues that pain, and our perception of it, is more varied. Biologically, “the point of pain is to be a predictive signal,” says Tor Wager, a professor of neuroscience and the director of Dartmouth College’s Cognitive and Affective Neuroscience Lab. It can warn of potential damage before it occurs.

That signal works well for acute pain, when a specific event like rolling an ankle triggers pain sensors at the site (called nociceptors) to send a warning message to the brain. The pain says, “Stay off before you make this worse”. But sometimes pain persists long after damage heals. Neuroscientists like Wager think that kind of pain – called neuroplastic or chronic primary pain – results from a pain-processing system that has grown hypersensitised from an injury or a chronic pain condition like arthritis. It’s like a fire alarm that won’t turn off even after the smoke clears, which “can enhance your immediate pain experience,” Wager says.

If that’s the case, rest and painkillers may only make things worse. “A lot of what’s happening with chronic pain is learned avoidance,” says Wager, so skipping an activity you associate with pain can paradoxically strengthen the link between the two, the way my arm hurts the moment I start typing. Reach for opioids and they can actually make some people more sensitive to pain, a phenomenon called opioid-induced hyperalgesia.

“THE GOAL IS TO TEACH MY BRAIN THAT THERE IS NO REAL DANGER FROM THE PAIN; IT’S A FALSE ALARM”

That’s where PRT, a nonpharmacological approach that is only a few years old, comes in. The treatment, guided by a coach or therapist, is multidisciplinary, with psychological tools similar to those of cognitive behavioural therapy as well as meditation and mindfulness practices like somatic tracking (exploring the pain with curiosity and without judgment) to reexamine what’s really happening when you feel pain. PRT isn’t about alleviating inflammation and other causes of pain but about changing how we perceive and act on the sensation. In PRT, you learn to break the pain-fear cycle. (Briefly: pain triggers fear, which puts the brain on high alert for more pain.) The idea is to retrain the brain to understand which pain signals are actual threats of tissue damage and which aren’t.

That all sounds like wishful thinking, right? But a small new randomised trial on PRT and chronic back pain, published in JAMA Psychiatry, suggests the brain really may be a force against pain. Led by Yoni K. Ashar, a former student of Wager’s, and PRT developer Alan Gordon, researchers had one group do eight sessions of PRT – using techniques like those the Lin app teaches you – for an hour twice a week. Another kept on with standard treatments; the third group got an “open placebo” injection. (People who got it knew it was saline. These work similar to placebos, but without the deception.) A year later, they found that 51 per cent of the PRT group was entirely or nearly pain free, almost twice the rate of the placebo group and about four times that of the people who didn’t change their pain care. Neuroimaging also showed reduced pain-related brain activity with PRT versus the other groups. This suggests there is some biological change going on in how your brain is wired to respond (or not) to these signals. (Ashar is now an advisor to Lin, but the study predates the company. Gordon and Wager aren’t involved in the app.)

The results are encouraging, but Ashar acknowledges the study’s limitations: it’s not clear whether the therapy works on a wider range of people or on different types of pain, or what role therapist expertise might play. Telehealth apps like Lin make PRT more accessible and affordable than seeing a pain reprocessing therapist in person.

DiRocco is warm and empathetic in our initial session, listening intently and offering judgment-free observation and encouragement. After we log off, she sends me my first care kit: a series of mindfulness exercises in which I act like an outside observer to my pain. When it wells up, I stop typing, close my eyes and simply focus on the sensation and the emotions around it. I don’t try to will myself not to feel pain, and certainly I don’t tell myself that it’s imaginary. (“All pain is real” is a fundamental tenet of PRT.) I’m just noting what’s going on, including whether and how the pain changes as I observe it and the emotions around it. The goal of these short, focused sessions is to teach my brain that there is no damage, no real danger from the pain, that it is instead, in the fire analogy, a false alarm.

The number of sessions that can help is different for everyone, though the treatment isn’t intended to go on forever. Pain reprocessing therapy, says Lin cofounder Abigail Hirsch, is self-driven detective work. “Even within a month or two with us, people will have the core skills they need to keep going,” she says.

And it’s not the only non-medical treatment for chronic pain. Stanford University associate professor of anesthesiology Beth Darnall, for instance, has a class that has also been shown to be effective in a randomised trial. And mindfulness is a powerful technique on its own (and free!), says Fadel Zeidan, an associate professor of anesthesiology at the University of California San Diego who studies what happens in the brain during meditation.

Not that anyone has to choose just one approach to chronic pain. “As a patient, I’d build a regimen of all these therapies,” he says of tools like mindfulness meditation and PRT, and then see what works best. “You can certainly tailor the therapies and be your own conductor.”

Whether I eventually become entirely or mostly pain free, that’s not the immediate goal, DiRocco tells me. “It’s for you to be typing and your brain accepts that this is a safe activity; it doesn’t need to protect you,” she says. It’s early days for my own PRT experiment, but I’m already feeling hopeful. Through somatic tracking, I’ve found that I feel pain almost exclusively when I’m at my desk, which is a clue that my environment may be helping trigger it. As I’m writing this story, I notice discomfort. I stop for a minute, sit with it, and then start typing again. Neither the pain, nor the anxiety around it, is enough to ruin my focus or force me to step away. I keep writing.